In January, we completed our first Local History Week. Each year group was given a question about Hartlepool in the early 1900s and asked to find out how the town has grown and developed over the last 100 years. We learnt lots about the area we live in, including what our own streets looked like, defence in the war and what industries were important to the town’s success.

Once the week was over, we held two sharing assemblies, where children from each year group stood up and presented what they had found out. This gave the whole school a chance to know a little more by learning from their peers.

Work has been celebrated in the main hall and some year 6 children put on a dramatization of ‘The Hartlepool Monkey Hanging’. We felt very proud to live in Hartlepool.

During Local History Week, our Year 6 cohort carried out their own research and used a range of sources to formulate questions and have provided reasons as to how Hartlepool has developed due to the shipbuilding industry. They have formed some excellent comparisons between the past and modern day.

The photos Year 6 looked at. 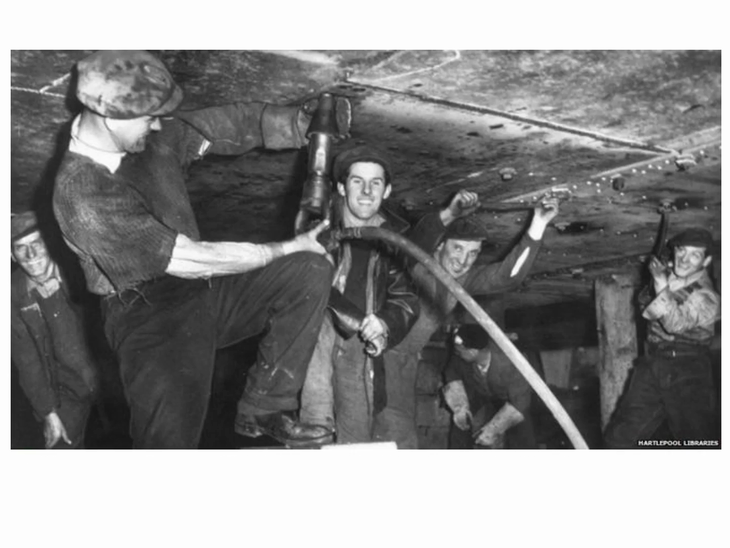 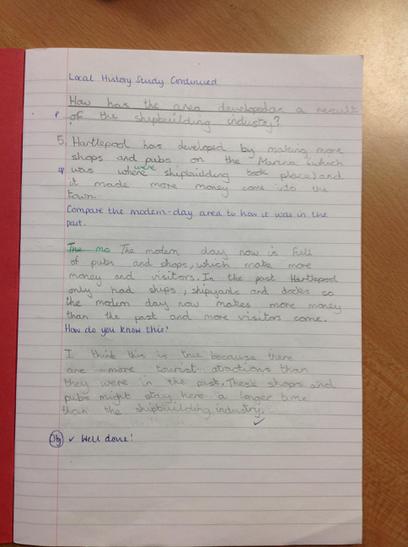 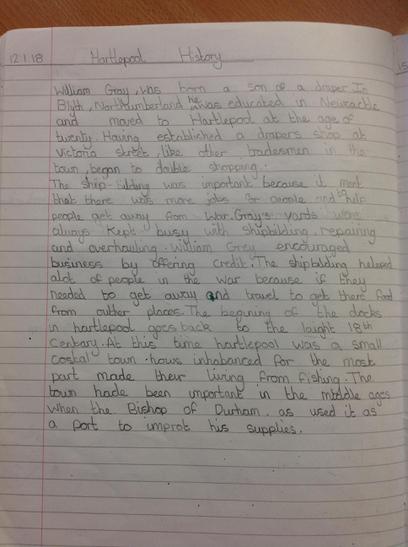 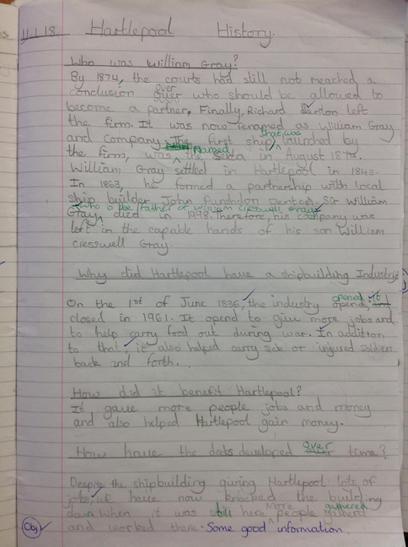 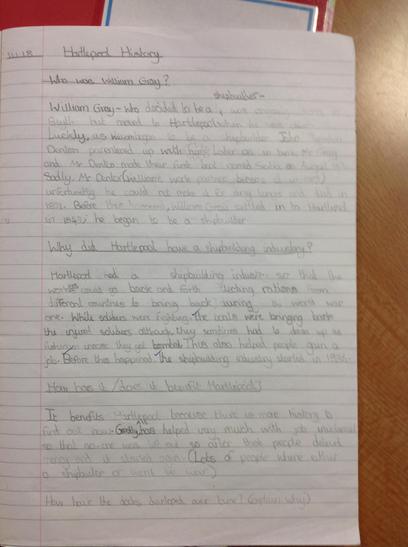 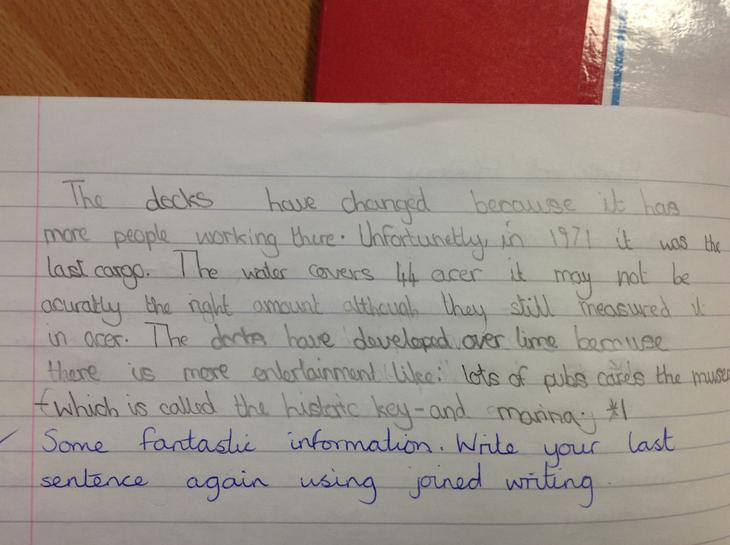 Our Year 5s were able to speculate how living close to the steelworks would affect their lives. They produced artwork to show the effect of the iron ore (red dust) on their clothes on an outdoor washing line. Take a look at an example from Freyja.

Year 5 were able to reach conclusions about what life was like for people affected by the steelworks closure and what effect this had on the people of Hartlepool. Here are two examples of their newspaper reports. 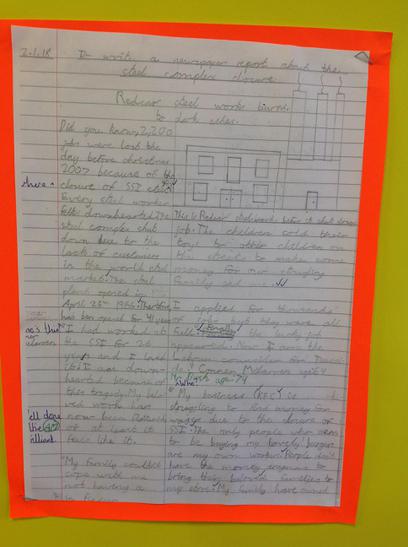 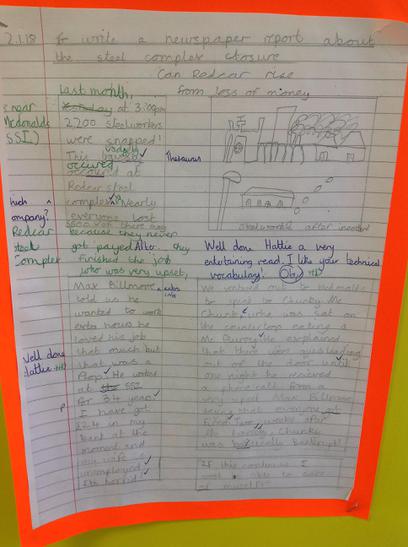 Our Year 4 cohort were able to locate on a map different areas that were hit during the bombardments. They carried on to speculate reasons for this and came to conclusions of their own. Take a look at what they have found out. 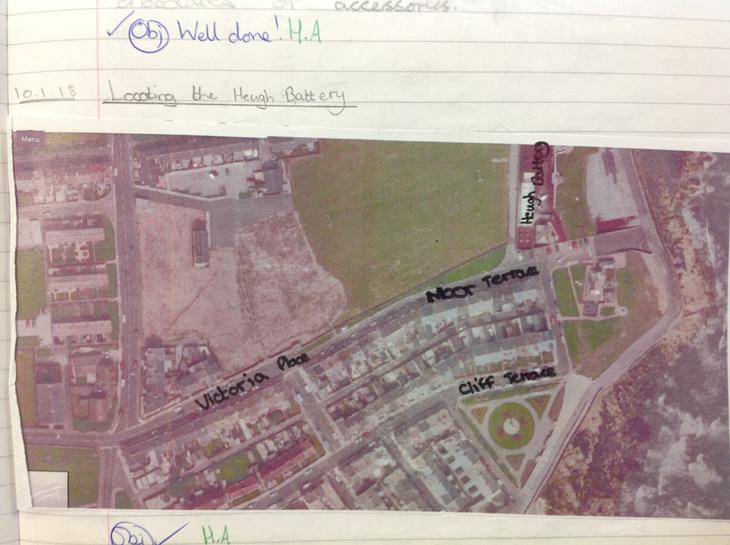 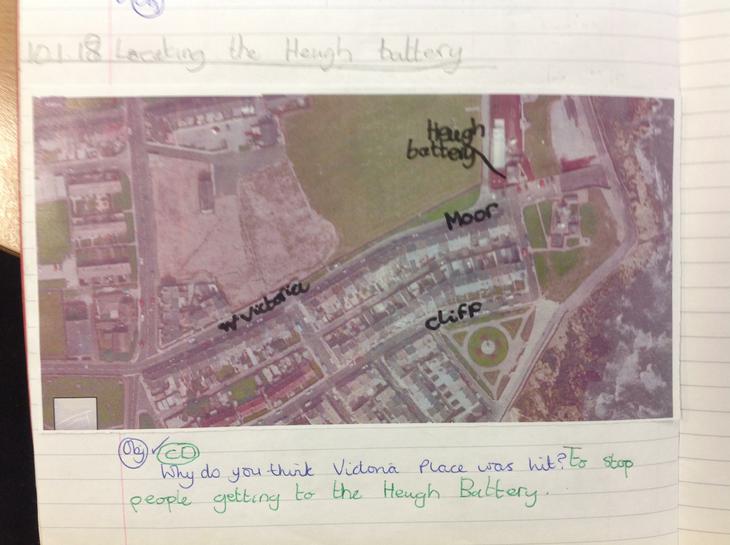 Year 3 looked at where their house would have been 100 years ago. They had some interesting findings. Here are some examples of their artwork to show off the differences in time and the comparisons that they have made. 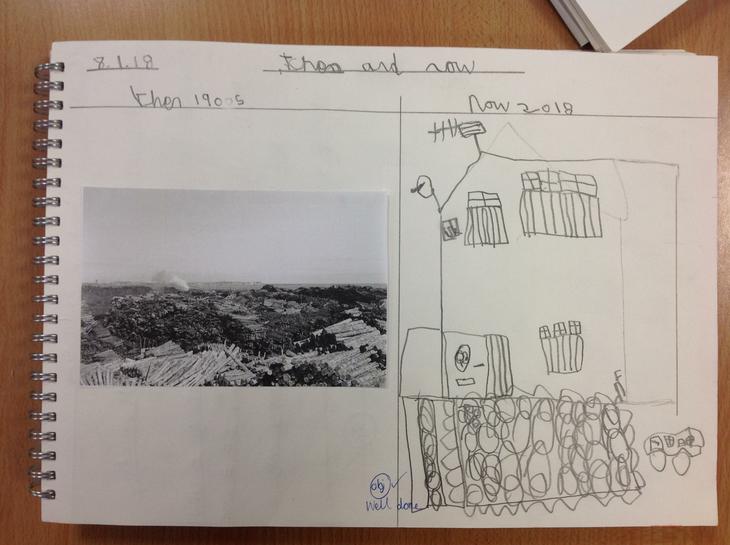 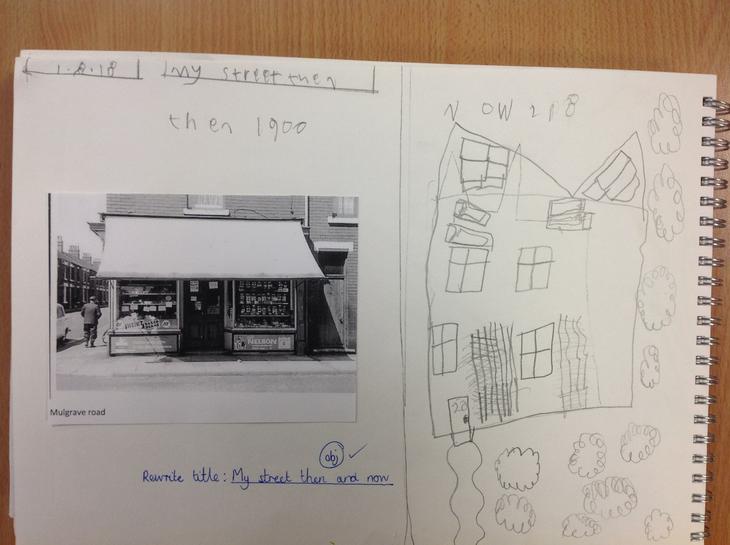 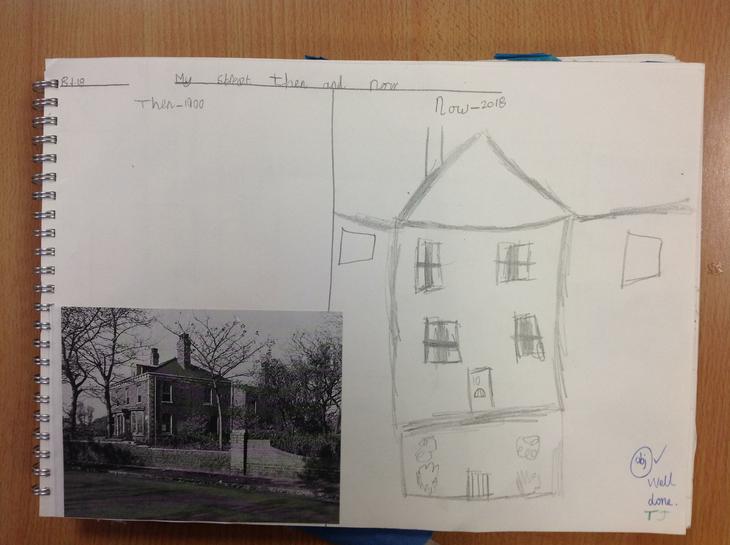 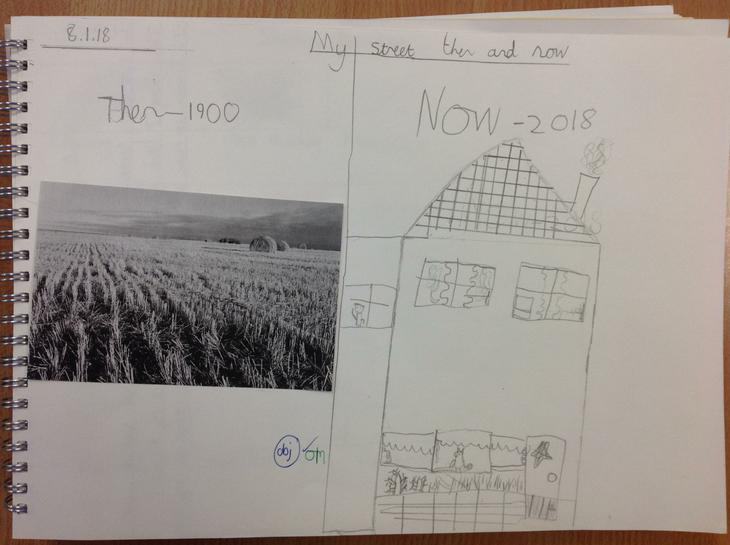 Here are a few things the children enjoyed and learned throughout the week...

“I enjoyed learning about all of the places that got bombed, for example Victoria, Moor Street and the Heugh Battery”

"I liked writing a newspaper article about the steelworks. Did you know about 2,400 people lost their jobs?”

“My artwork related to the dust that would have came from the steelworks.”

“It was interesting to find out what the docks looked like before the were demolished.”

“My grandfather was a docker when he was 18. Now I know more about how and why he has a bad back and struggles to hear”