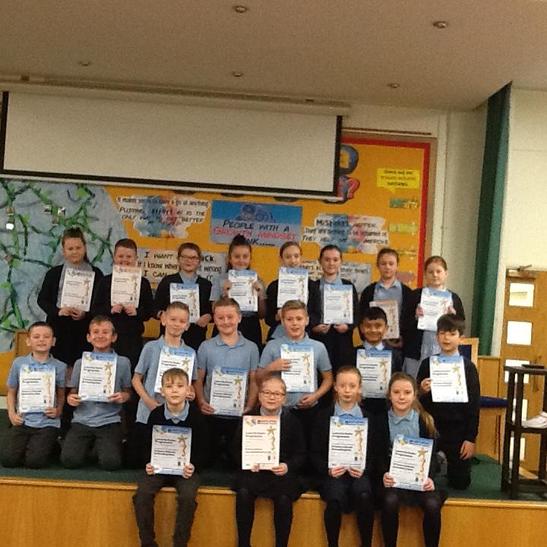 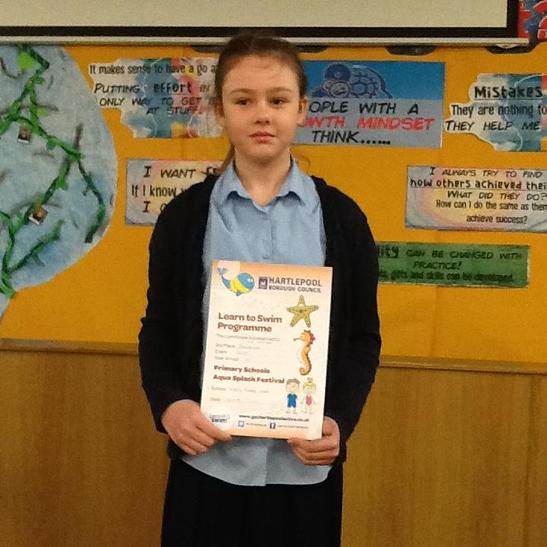 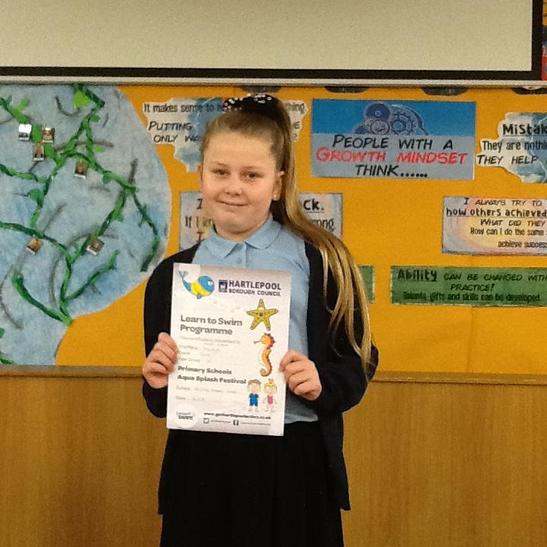 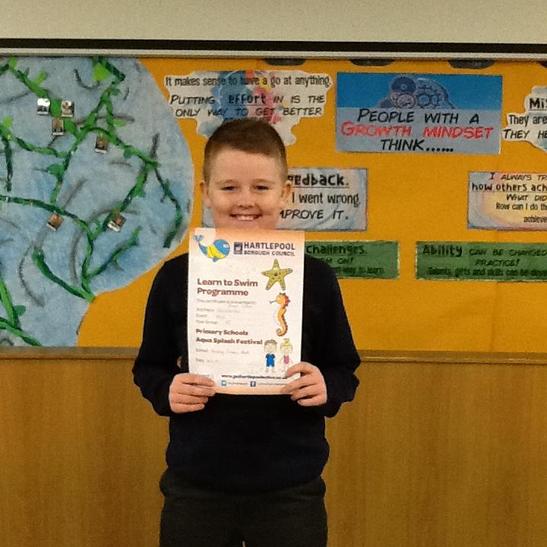 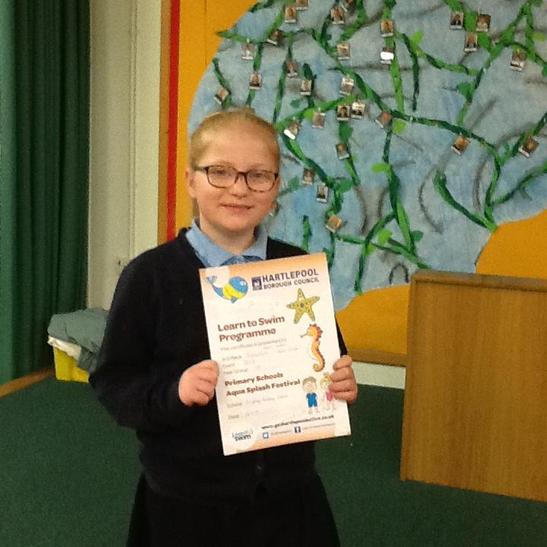 On the 5th of November some year 5 and year 6 pupils attended a table tennis tournament at Dyke House School. Both the boys and girls team did really well, winning almost every game. We have now qualified and will progress to the final at Northfield School next week, where we will be representing Hartlepool.
On Wednesday 18th September 2 girls and 2 boys Y5/6 teams attended a tag rugby competition. All children had a great time and some even won medals for their teamwork and sportsmanship skills! One of the boys teams even got through to the town final! Well done to all who took part! 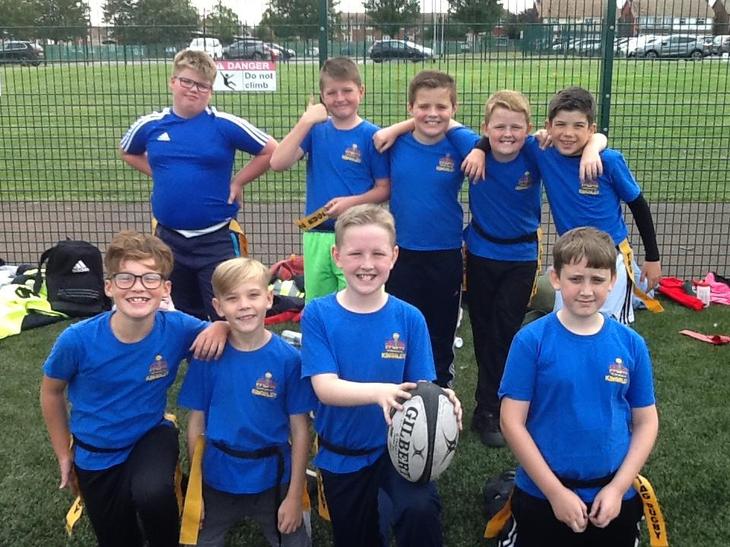 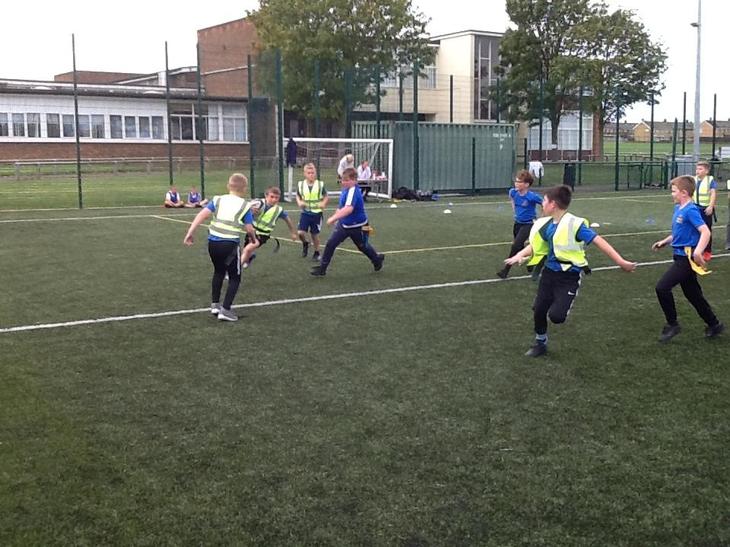 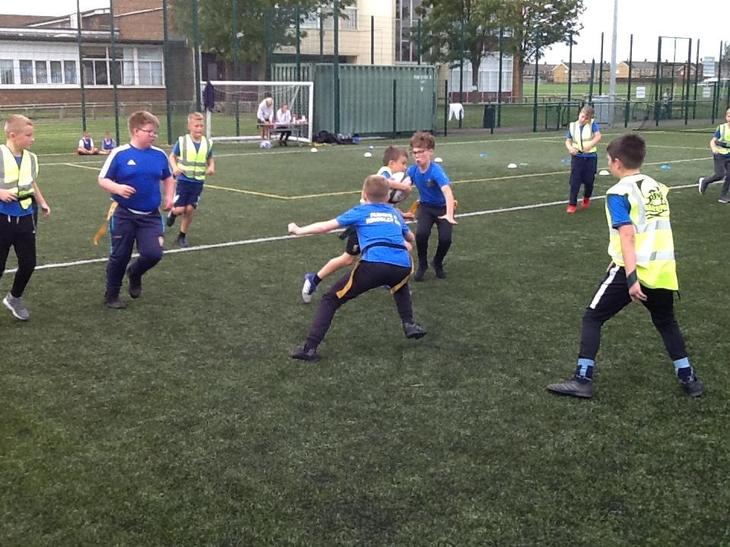 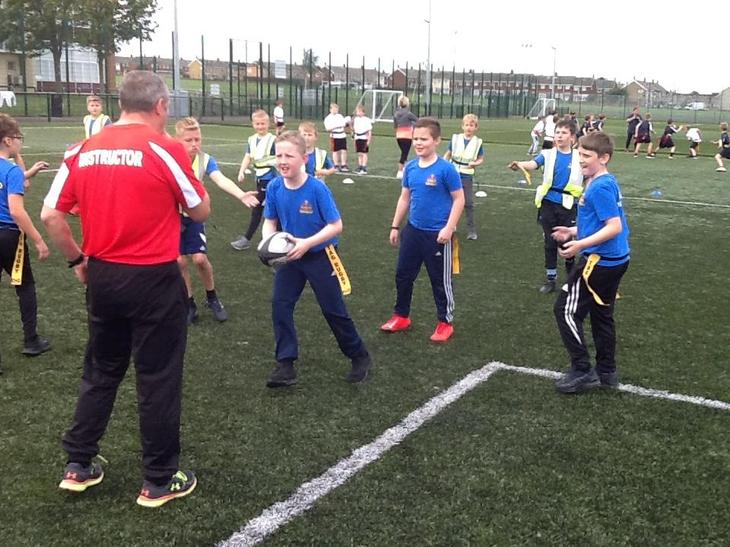 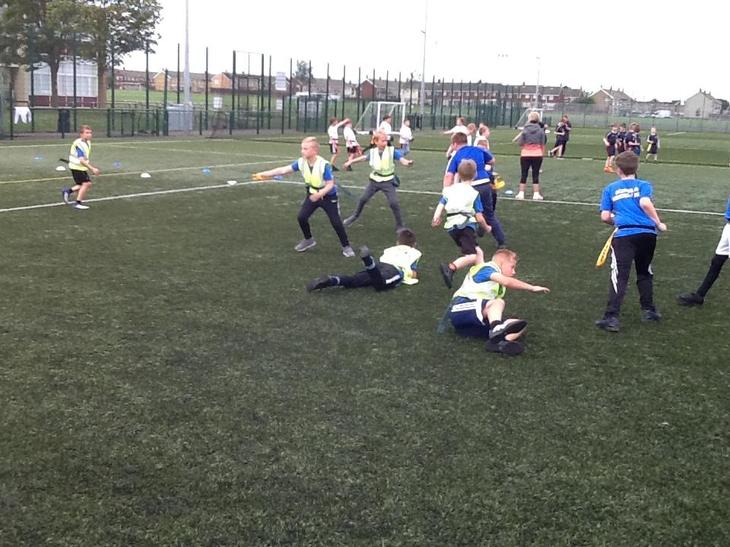 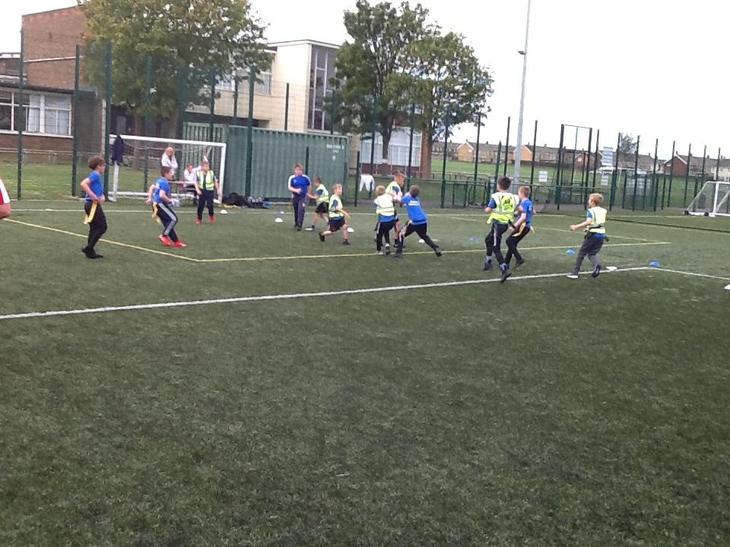 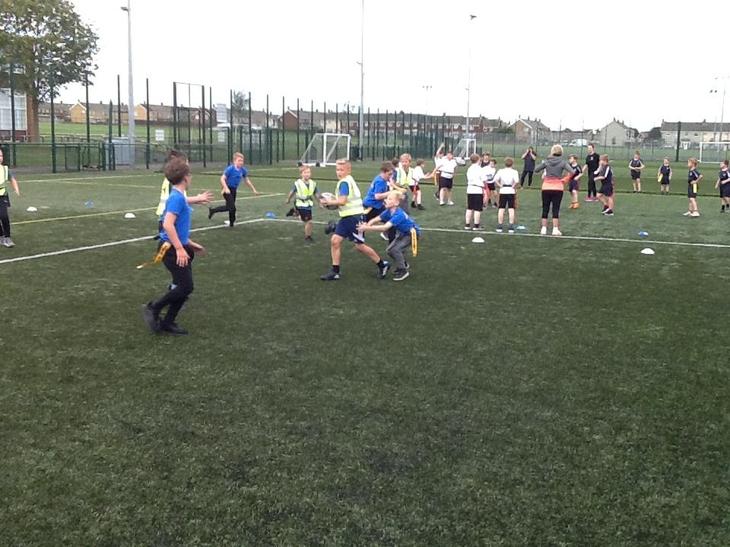 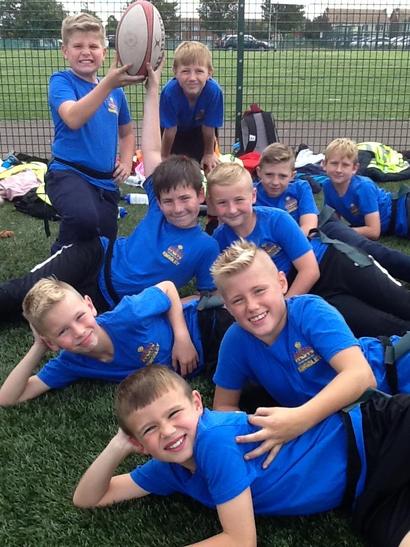 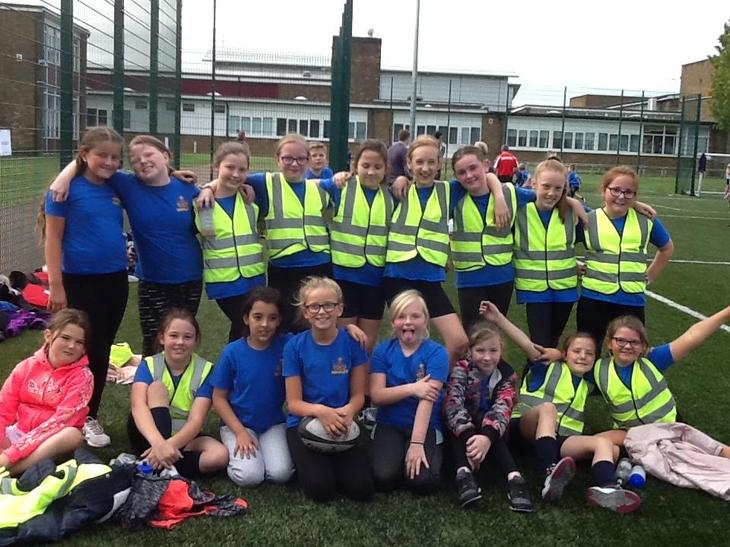 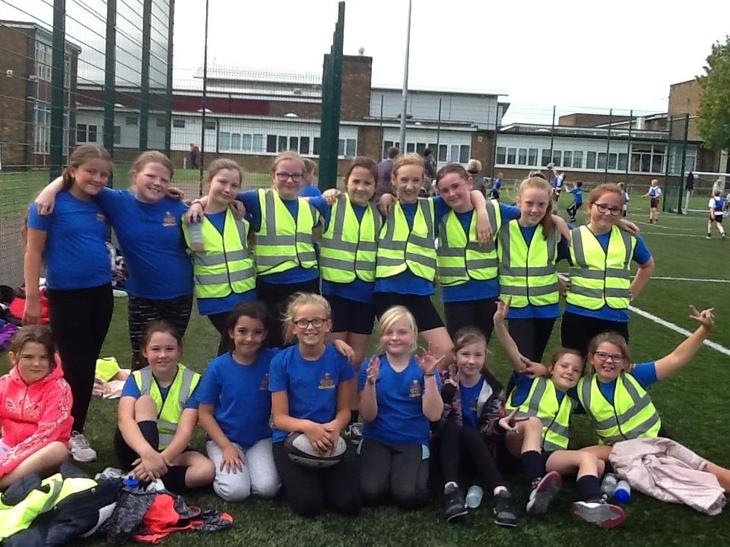 Year 4 absolutely blew everyone away at the Hartlepool Skipping Tournament on Thursday 21st March. We didn't make it through to the final but we did come back with 9 gold certificates, 13 silver certificates and bronze and an extra bronze for our AWESOME skip dance. 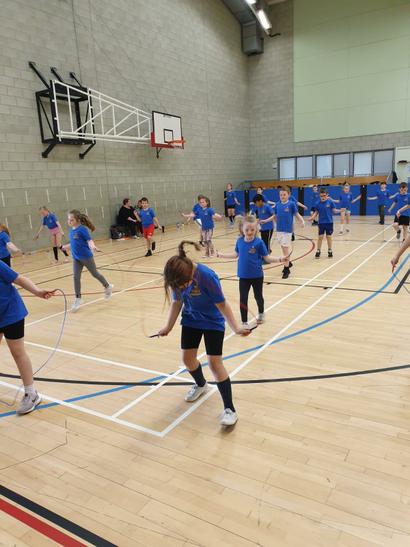 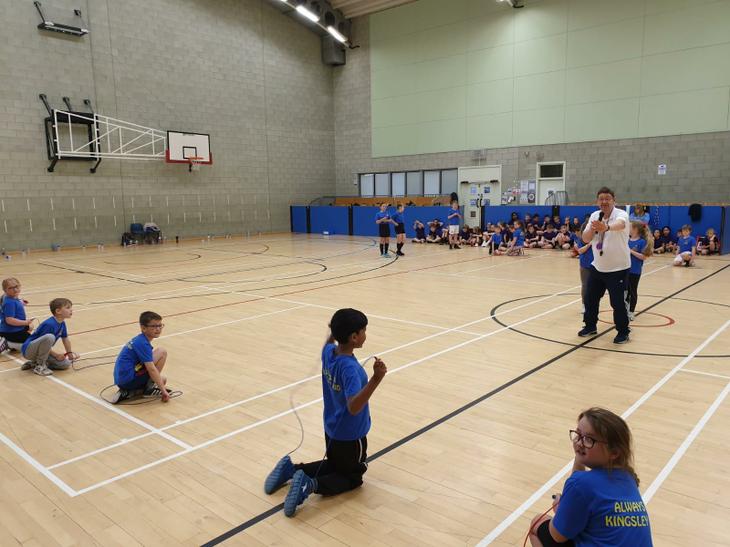 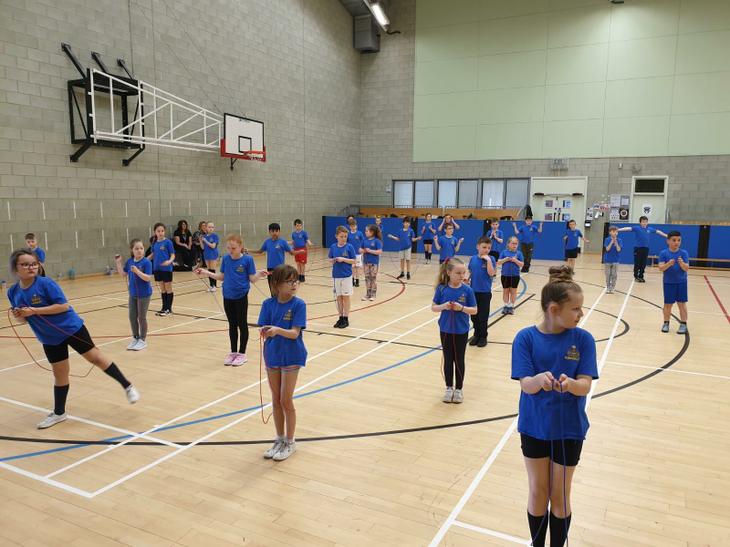 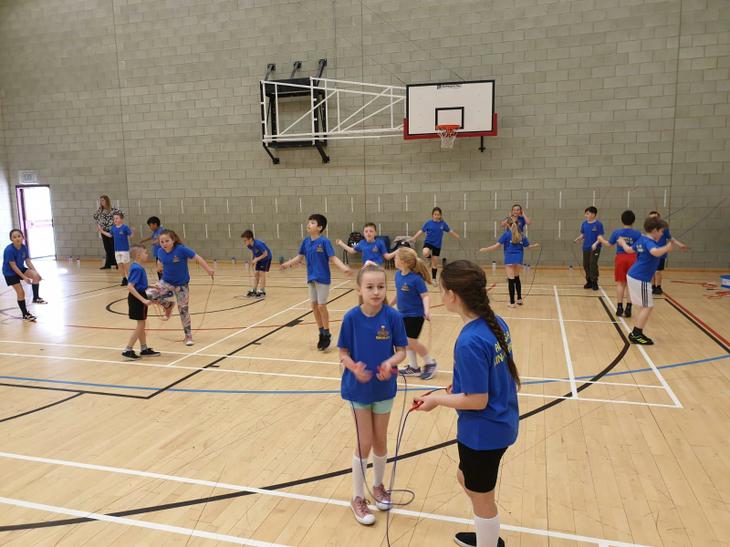 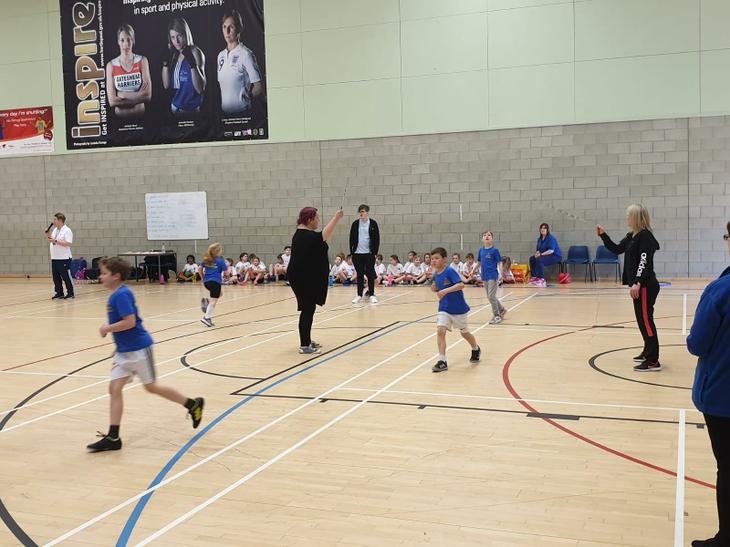 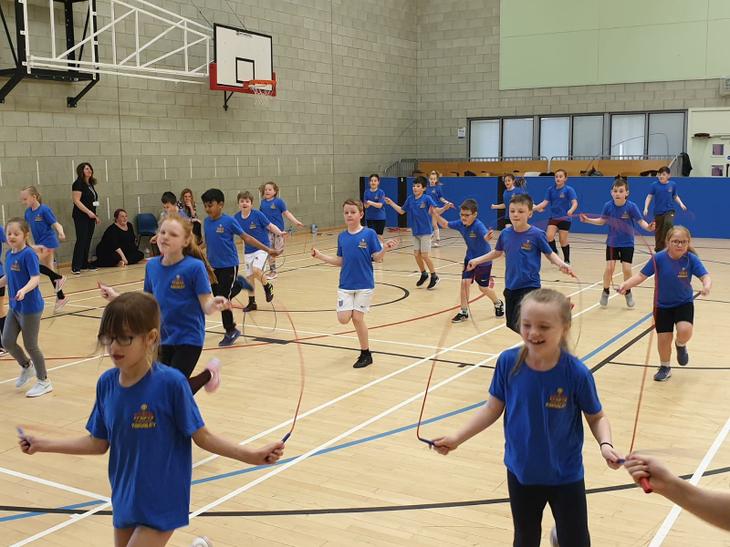 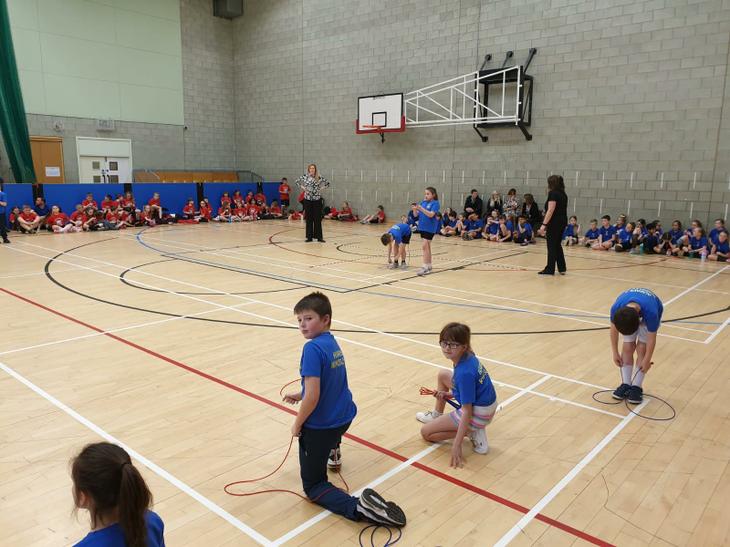 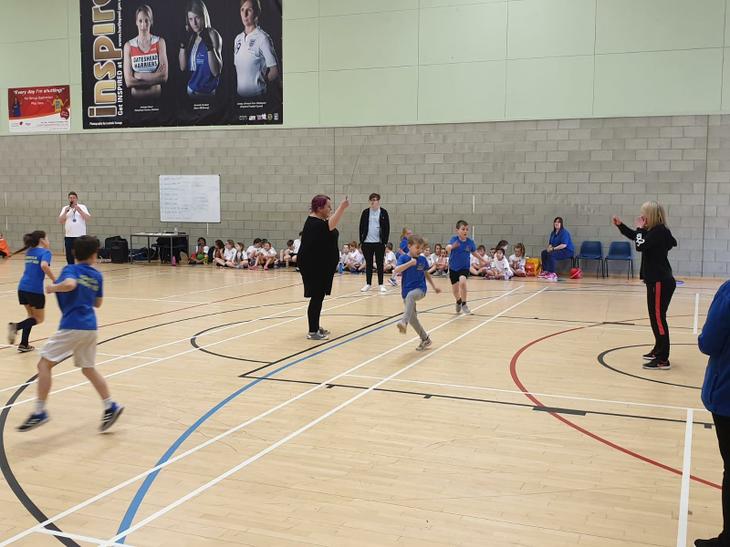 Jessica: I really enjoyed playing in the dodgeball competition, it felt really good to represent the school and come 2nd!

Jack: We all worked really hard and worked together, even when we were losing we kept our heads up and supported each other. It was a really good afternoon.

Liam: It was lots of fun to play dodgeball in a competition. The team worked well together and we kept chanting from the sidelines to keep up morale.

10 children from years 5 & 6 attended a tag rugby competition at Brierton sports hall. They faced tough competition but all showed great sportsmanship and teamwork, making it through to the town final! A great result for Kingsley, Well done everyone!

On Tuesday 16th October, 10 Y5 and Y6 girls attended a tag rugby event. They spent the morning learning to how to throw and catch a rugby ball and incorporated those skills into everyday games such as stuck in the mud.

Hanna : I had a lot of fun, it was great to learn new skills and play the games with everyone. Its not about the winning but the taking part that counts.

Courtney : I was nervous at first as I hadn’t played tag rugby before but once we started playing the games I had lots of fun and really enjoyed the day.

On Thursday 18th October, Ben, Lewis and Phoebe attended Stewarts Park in Middlesbrough for the Tees Valley cross country final. It was a great day for the final, all 3 completed the course and we are so proud of them! They represented themselves and the school brilliantly! Well done!

Lewis: I enjoyed each part of the cross country competition from earlier rounds through to the final. It was harder than last year as I had further to run now I’m in year 5. I felt really proud to represent the school. 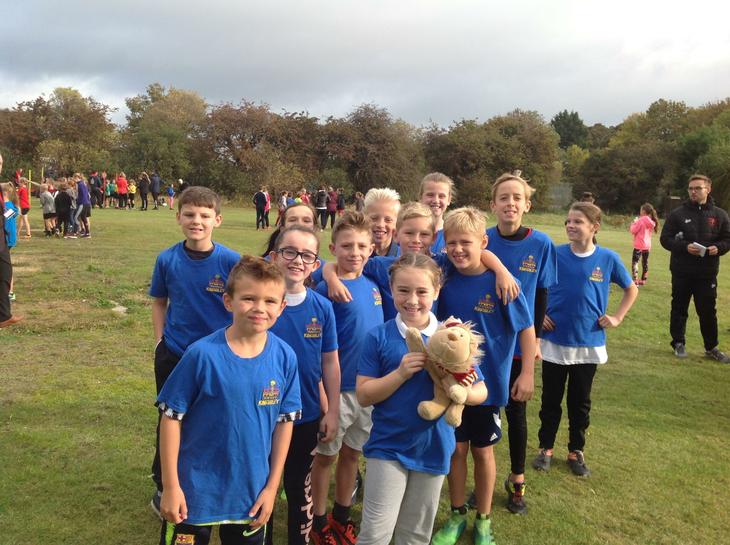 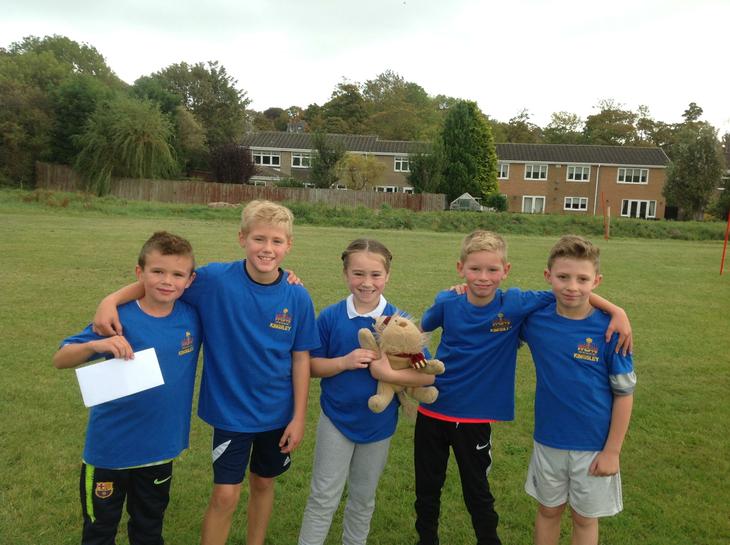 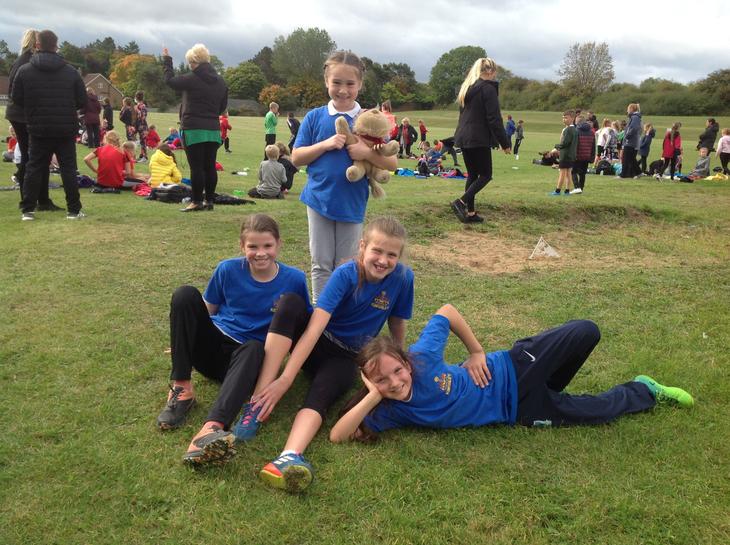 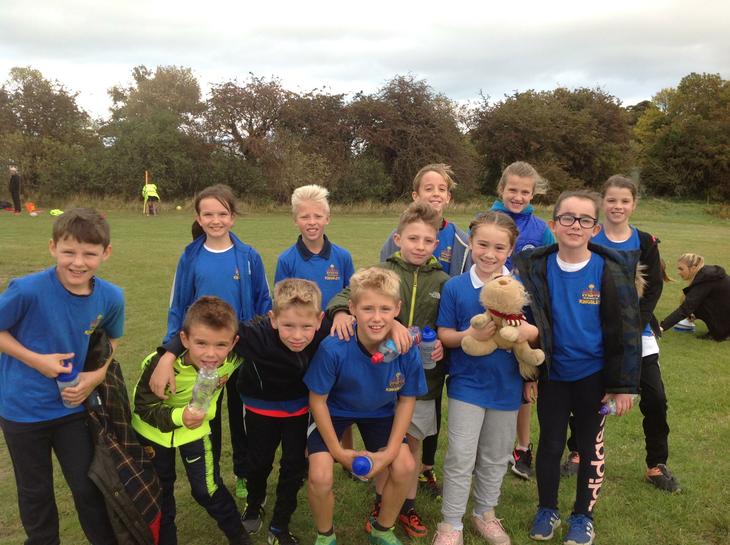 28 children from Y3, Y4, Y5 and Y6 attended a cross country competition at Summerhill. It was perfect running weather for the races with Y3 and Y4 girls from 5 different schools racing together, Y3 and Y4 boys racing together and then individual races for the Y5 boys, Y5 girls, Y6 boys and Y6 girls.

All children worked really hard on the day, they persevered and all of them finished the course.  They showed great sportsmanship, supporting each other before and after the races.

We are so proud of all children who attended, your attitudes and behaviour were exceptional!

Unfortunately not the ones with chocolate chips.

Some cookies are necessary in order to make this website function correctly. These are set by default and whilst you can block or delete them by changing your browser settings, some functionality such as being able to log in to the website will not work if you do this. The necessary cookies set on this website are as follows:

Cookies that are not necessary to make the website work, but which enable additional functionality, can also be set. By default these cookies are disabled, but you can choose to enable them below: