We held a French Day in school to celebrate Bastille Day which was on Sunday 14th July 2019.

We sampled the French food and listened to French music in the café.
We enjoyed the food and lots of children tried something new.
We had menus so we could learn the French names for the food we tried.
Some children worked as waiters to help.

Look at our brilliant sentences in Year 4 French. We can describe lots of animals and we have been introducing our family in French.

Year 5 have been doing some fantastic description work in French and have been using dictionaries to find new words.

They decided to share their new found vocabulary with the year 4 children who really enjoyed it!

Year 5 have been designing and describing their own monsters in French. They had some fantastic French sentences. C'est super!

Have a look at some of the exciting things we have been doing in French in school!

Leah in year 6 has written her own weather report and then translated it into English. Well done Leah!

Year 3 have enjoyed rapping to help them remember the French numbers 1-10.

We had great fun! 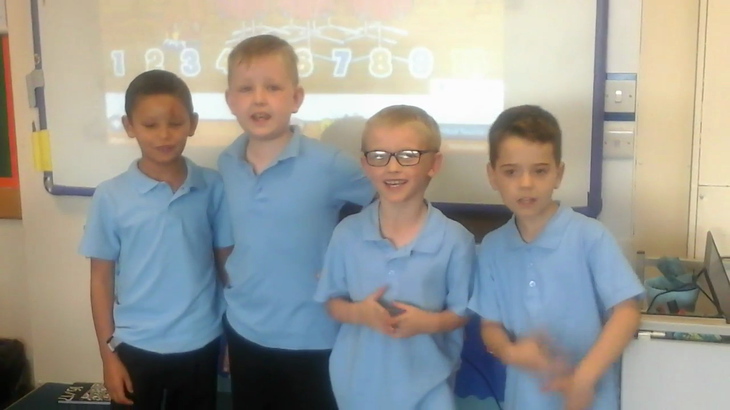 It was a catchy tune! 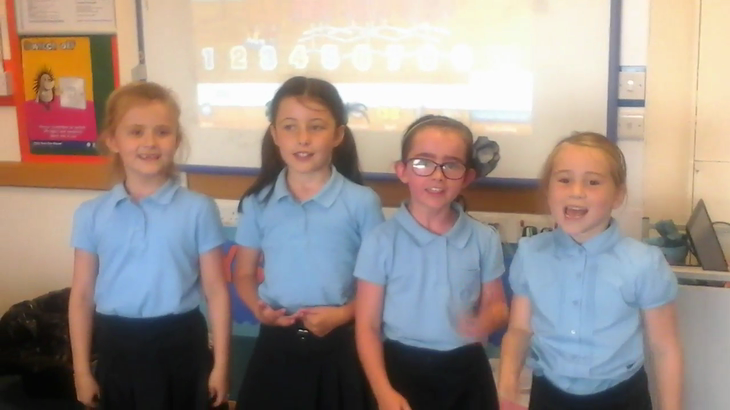 On July 14th 2016, the children at Kingsley celebrated their very own Bastille Day. Bastille Day is a national celebration held every year on July 14th, where the people of France remember the beginning of the French Revolution.

We all dressed up in red, white and blue and organised fun French activities throughout the day. The year 5 children hosted a French cafe so that each class could come and sample some traditional French food such as; croissants, brie and brioche. They even used their French speaking skills which they had learned in the classroom.

This was a great day had by all and we can't wait to celebrate it again next year! Vive le France!

Year 4 have been learning how to say objects in French and using vocabulary to describe the position of objects; under, on, over etc.

Year 3 have been learning the French words for different types of clothing.

Year 5 have been learning how to introduce and describe members of their family.

Year 4 have been learning about the French artist Georges Seurat. He used a technique called pointillism which involved using a series of tiny dots to create beautiful pictures. The Year 4 children have re-created some of these.

Year 5 have recently opened a French Cafe in their classroom. This is a great experience to practise their speaking and listening as well as their Numeracy skills involving money.

This song is great for learning numbers.

This song is great for learning colours.

This song is great for learning introductions and greetings.